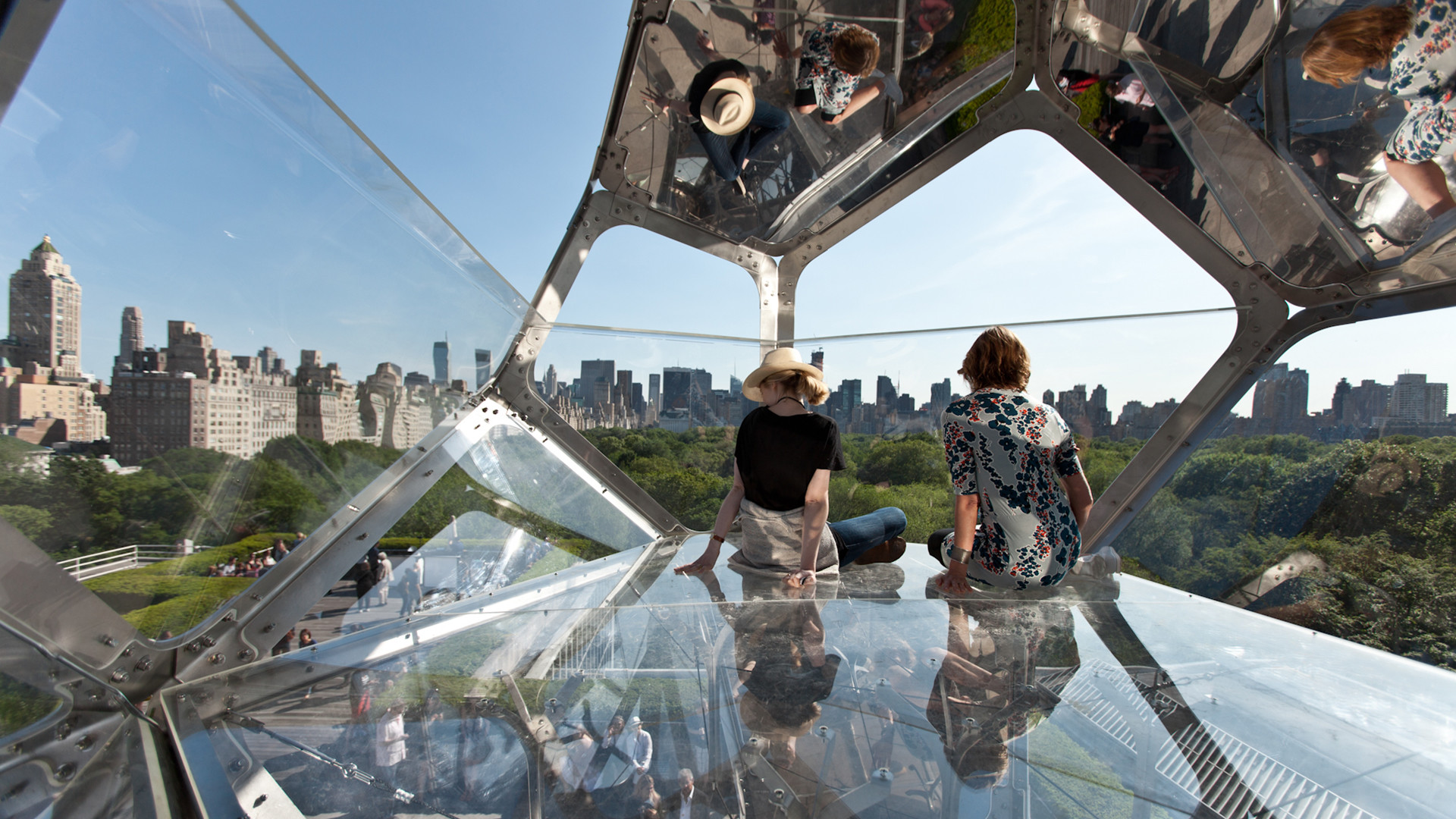 The space is the new protagonist, a journey throug Art and Design

The way we perceive the space will change significantly according to the latest developments of the immersive 3D technology. In the next three years, virtual reality will have a great impulse as a new instrument to interact with the physical reality.

Through smartphones, smart TVs, tablets and gps, the devices that people use on a daily base, 3D technology will merge with everyday lives, forcing the minds to be reprogrammed and to learn how to interact with this new concept of space. Actual reality and virtual reality will be intertwined, forcing the brain to receive sinesthetic stimuli: real time information and data from the digital world will complete the knowledge of the actual reality, thanks to the expansion of human body limits. 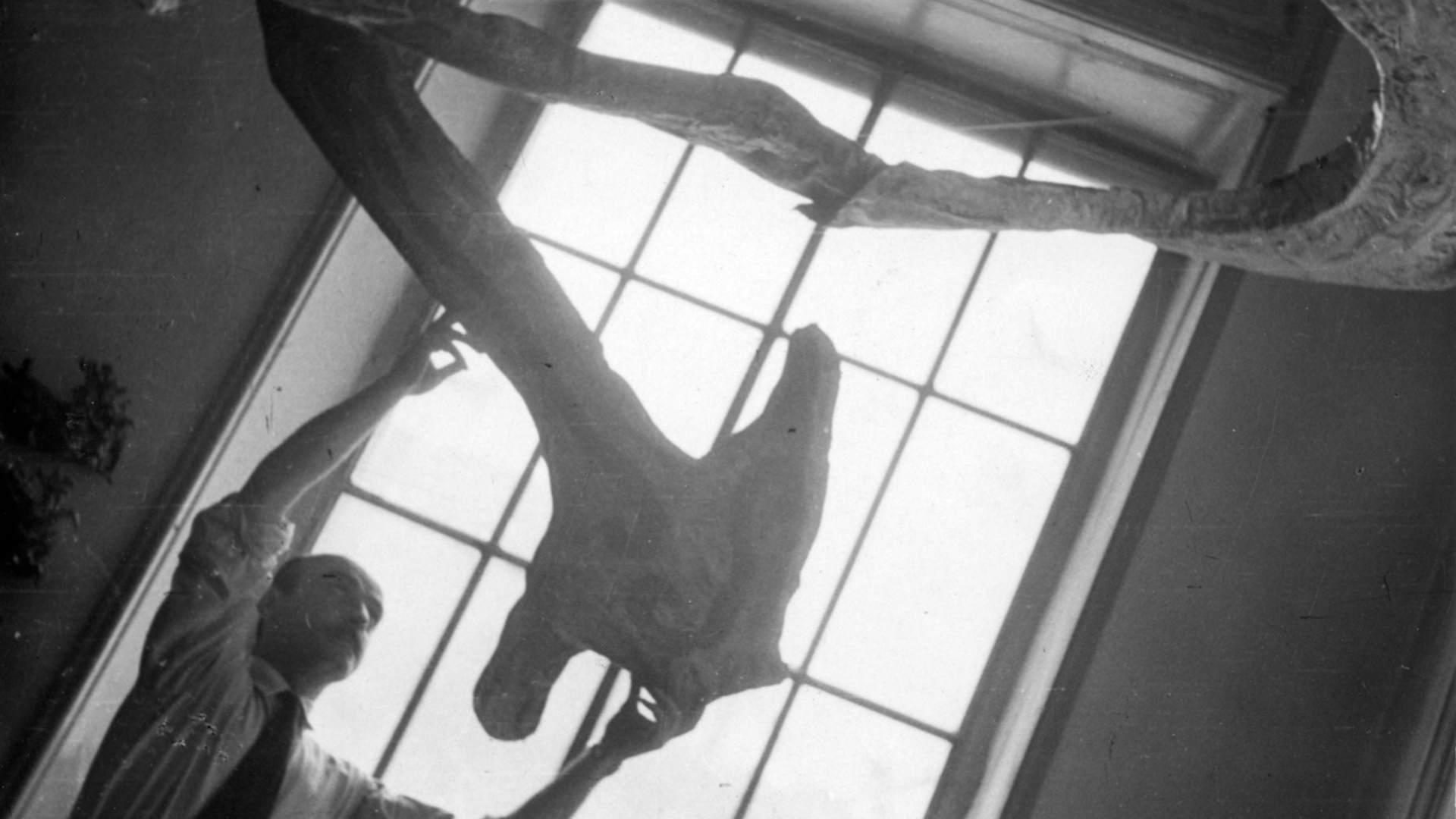 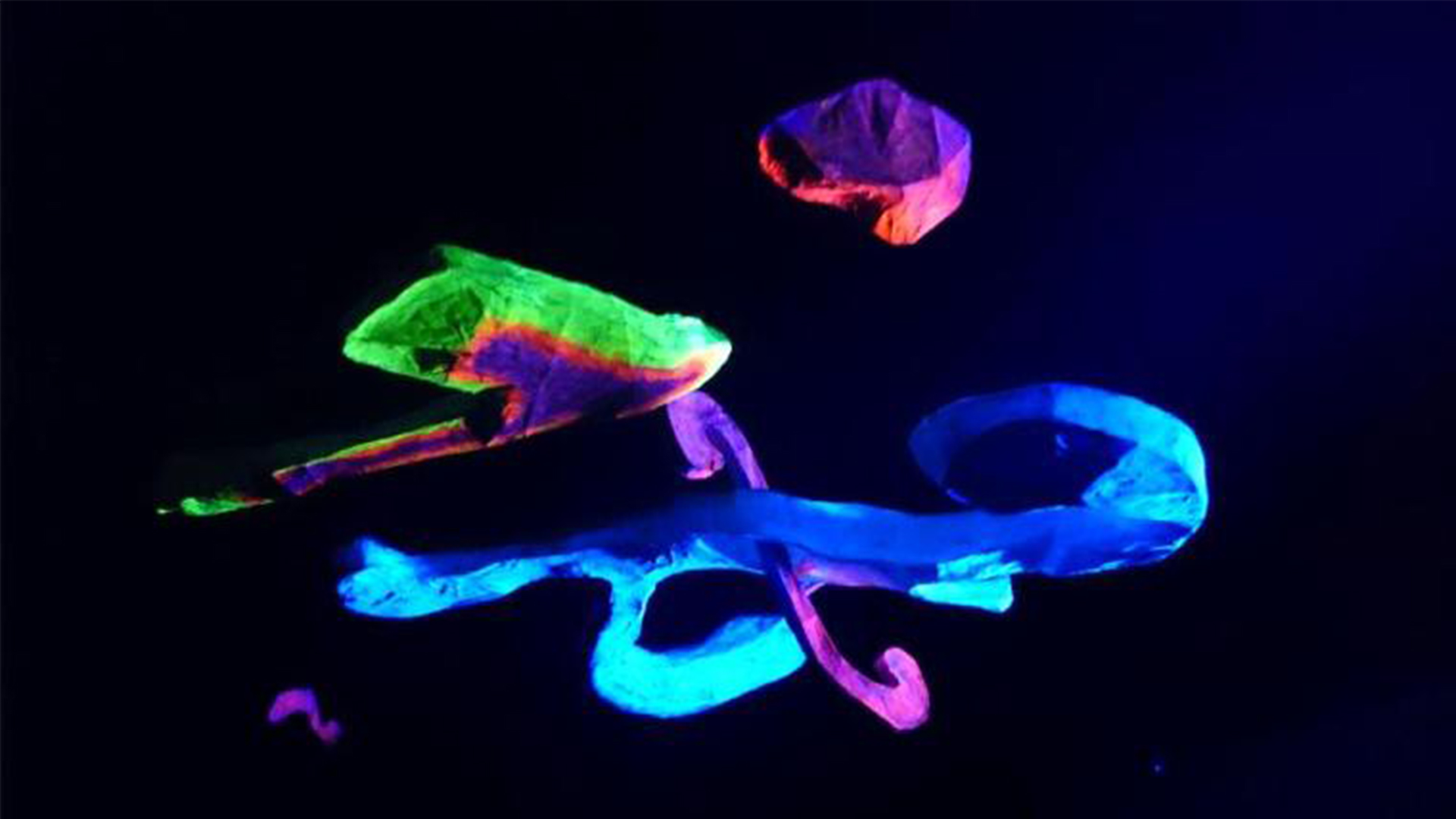 This new space approach, is something that Art has already explored with its extremely large freedom and willing to experiment, through the work of visionary people. The Italian artist Lucio Fontana, with the artwork Ambiente spaziale a luce nera, between 1948 and 1949 opened to the Spatialism, with the aim of going beyond the bidimensional surface of the canvas, thorugh the exploration of the Arte Informale. His artwork was not a simple picture ready to be shown in a gallery, but a real place: a dark space in which tridimensional curvy shapes were hang up to the ceiling, lightened by a purple wood glare, with a general sense of suspension. The perceptive estrangement was meant to amplify the emotional reactions of the visitor’s bodies.

Nowadays, the artist-designer Rachel Wingfield, has investigated the concept of space, by transforming a dark urban space in the London suburb, in a bright and wonderful place, giving it back to the citizens.

With Archilace, a structure made by carbon and glass fiber wires, she realized a light frame covered by a perforated silver membrane that recalls the heavenly sphere, with 9900 luminous stars enlightened by the sun. Visitors were invited to enter this contemplative and quiet space, to reconnect with themselves in a spiritual way. The magic of this artwork is the ability to transform something that was in front of the citizen’s eyes in a sidereal space opened to the immense universe. 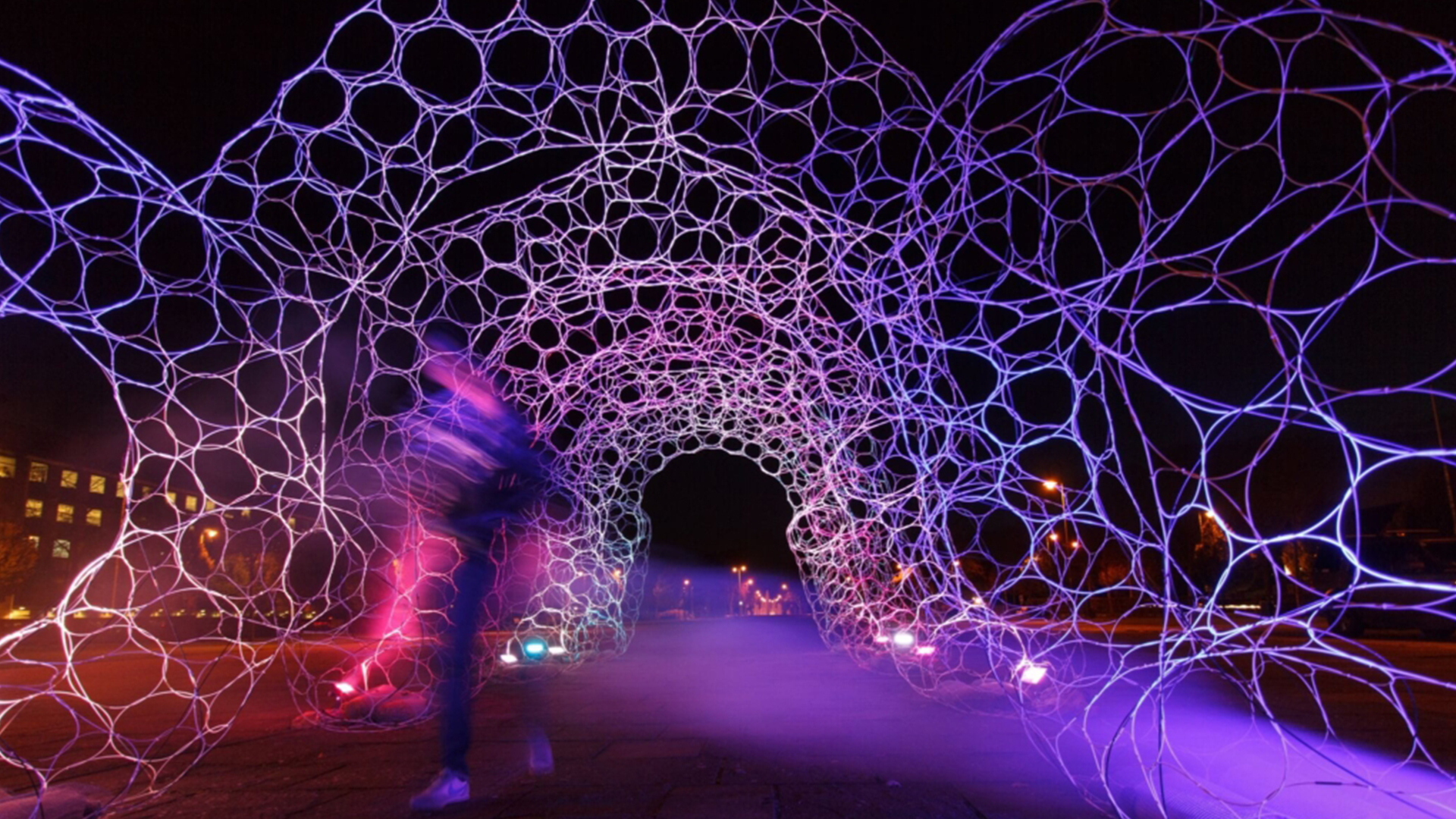 Tomás Saraceno, artist and architect from Argentina, has also developed a spatial research, inspired by utopist visions that merge Art, Science and Architecture. In 2011, in Berlin, he realized Cloud Cities, a light and sustainable aerial structure in which people were invited to enter and live together.

The same concept is behind the exhibition On Space Time Foam in Hangar Bicocca, the artist presented in 2013 in Milan. The main protagonist was an enormous suspended structure made with transparent plastic films, on which visitors jumped, walked and rested for some time. 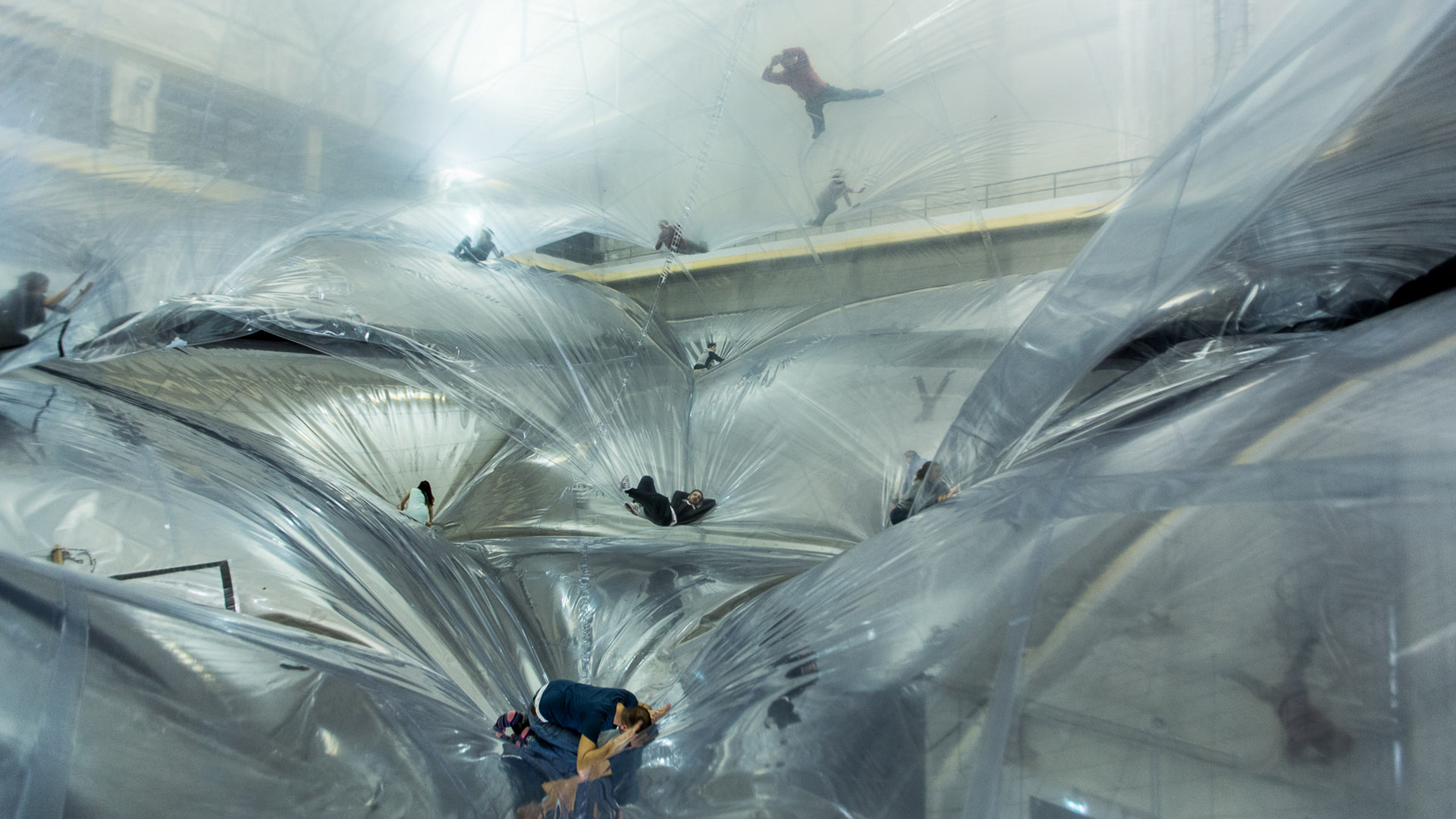 The last example is the recent Crossover exhibition in Milan, where the Polish artist Miroslaw Balka, brought the public to stand in front of apparently reassuring artworks hang on the gallery walls.

The reality was completely different, because visitors were asked to be involved with their bodies to live the space in a different way, like in the work The Right Path, a dark L shaped tunnel inside containers, were people entered to fight against their fear for the unknown. 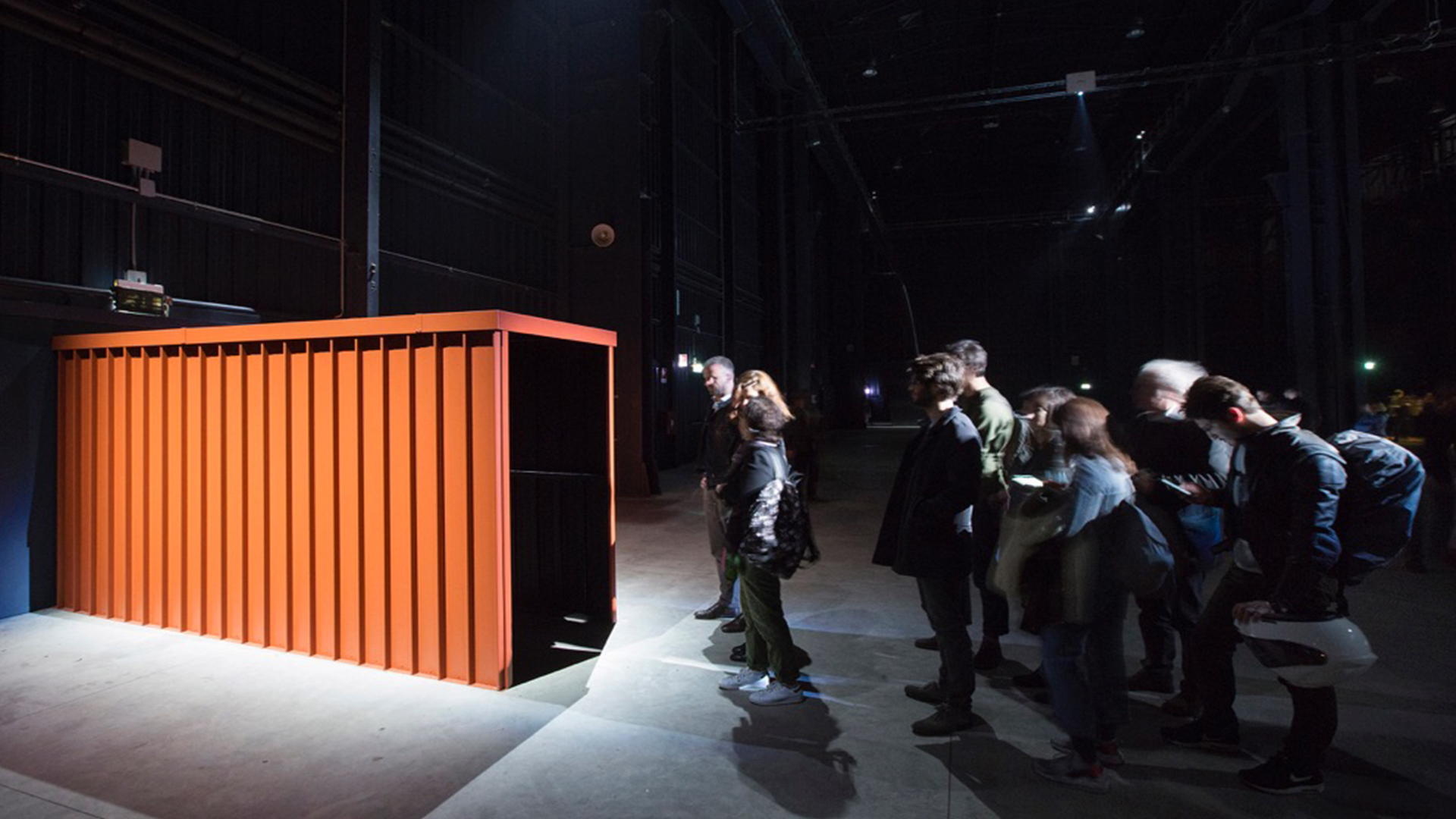 These are the ways Art anticipated reality, by teaching people to learn new gestures to master the space. Today, indeed, our physical environment is rapidly changing according to the technological revolution and the massive diffusion of touchless innovations: humans need to move fast and adapt to this shift. Air gesture, for example, is a technology that allows to interact with the virtual world only by moving hands or parts of the body, merging the two apparently different worlds.

Level is now working on these technologies thanks to its new LevelHUB, a place conceived for the research and development of the Smart Working concept, that will see the Office as a place completely connected with the people that inhabit it, able to interact with them and give real-time responses and solutions. The company wants to give a new creative point of view, able to interpret the new ways of using the workspace to improve workers lives in a smart way.